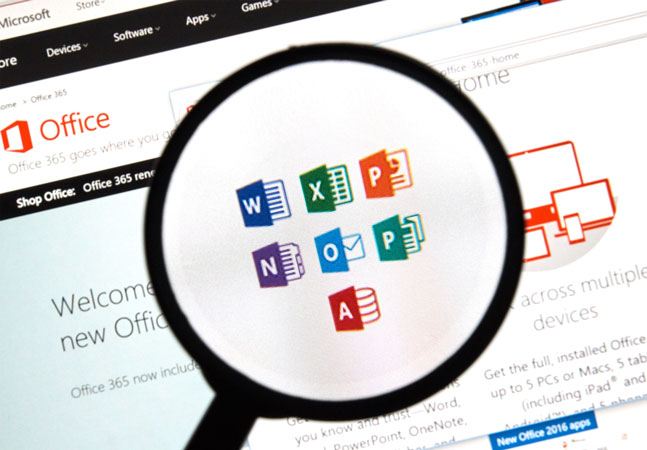 Microsoft on Monday noted the end of support for Office 2010 and Office 2016 for Mac, which are “perpetual-license” versions of Microsoft’s productivity suite software.

The end-of-support phase means that no more software updates arrive from Microsoft for those products, including security patches. Microsoft also explained that it isn’t guaranteeing that the Office 2010 and Office 2016 for Mac suites, which continue to function, will be able to connect with various Office 365 services in the near future.

Microsoft now seems to be using the descriptor “Microsoft 365 Apps,” instead of Office 365 apps. Back in March, Microsoft announced a general product rebrand for its Office 365 products. It now mostly calls them “Microsoft 365” products.

Office Perpetual License Isn’t Dead Yet
Perpetual-license Office products for businesses, such as Office 2010 and Office 2016 for Mac, are bought once and follow Microsoft’s traditional 10-year support model (on the Windows side), called the “Fixed Lifecycle Policy.” These products are somewhat static and do not get regular monthly feature updates.

Microsoft really wants organizations to switch to Microsoft 365 services, though. The Microsoft 365 service follows a monthly subscription-based pay model where the products get monthly feature updates. Microsoft 365 applications follow the “Modern Lifecycle Policy,” where support is contingent upon the software staying up to date and there are no long-term product lifecycle servicing promises extended to organizations. Under the Modern Lifecycle Policy, Microsoft can kill a product or a product capability with, at best, a 30-day advance notice to an organization, if that.

The trend over the years has been for Microsoft to steer organizations toward its various subscription-based models, and that trend is continuing. During Ignite in September, Microsoft indicated that it’s coming new on-premises application servers, such the next Exchange Server and SharePoint Server, would only be available by subscription, starting sometime in the second half of 2021. However, it did carve out an exception for Office, saying that new perpetual-license Office versions for Windows and Mac would still be available next year.

New Office 365 Admin Tools
Microsoft likely would just kill off its perpetual-license Office products in favor of the “cloud”-enabled Microsoft 365 service, but it has an understanding that some of its customers want a static product and the traditional support model. For now, it’s playing nice.

Here’s how that concept was put by Jared Spataro, corporate vice president for Microsoft 365, in the announcement:

For those customers who aren’t ready for the cloud and have a specific need for on-premises or hybrid deployment, such as fully disconnected or restricted environments, we offer Office 2019, the perpetual version of Office that does not receive feature updates. But for everyone else, we’ve created a set of resources to help you transition to the Microsoft 365 Apps and innovations designed to help keep your environment up to date once you’ve made the transition.

The announcement listed a bunch of tools, mostly to help organizations make the switch to Microsoft 365 Apps.

IT pros also will be getting some improved help for managing Microsoft 365 subscriptions. A few new tools were highlighted in this September Ignite session by Amesh Mansukhani, a principal program manager on the Office engineering team.

The following new Microsoft 365 admin tools are expected to arrive in preview form this month within the Apps Admin Center Portal, accessible by global administrators:

Microsoft is aware that more than 41 percent of enterprises have trouble keeping up to date with monthly Office updates, Mansukhani noted at the top of his talk. And that’s why it’s adding more insights and controls into the Apps Admin Center Portal.

The portal also has an Action Center where IT pros can set up certain actions to take. These actions can be applied to individual end users or groups using Microsoft 365 services.

The new Servicing Profile capability in the Apps Admin Center Portal is used to display information about application updates. It’ll show the channel that’s used, as well as the devices that are currently updated, for instance. It’ll also indicate if devices have enough disk space to receive the latest Microsoft 365 Apps feature update.

There is a “Snooze” capability available when Microsoft 365 feature updates need to be deferred, Mansukhani noted. Updates might get delayed so as to not occur at the end of the year, which is a common enterprise practice, apparently, on software updates.

Also coming in preview (but not this month) will be the ability to see OneDrive deployment reports. It’ll show things like synchronization errors, for instance.

For details on setting up the Microsoft 365 Apps Admin Center Portal, see this Wednesday blog post by Mansukhani. He described the portal capabilities that are currently available in preview form.