Israeli spyware firm NSO Group accused Facebook of lying and disregarding international law this week in court in an ongoing legal battle between the two companies in California.

In October, Facebook, which owns the WhatsApp messaging app, filed suit in the US against NSO, accusing it of using the hugely popular messaging platform to conduct cyber-espionage on nearly 1,400 journalists, diplomats, dissidents and human right activists worldwide.

Senior officials from some 20 countries that are allied with the United States were reportedly among the targets of the hacking campaign.

The Herzliya-based firm is best known for marketing Pegasus, a highly invasive tool that can reportedly switch on a target’s cellphone camera and microphone and access data, effectively turning the phone into a pocket spy.

NSO failed to appear in court earlier this month, prompting a California court to enter a notice of default against the spyware firm. NSO is now seeking to nullify the default ruling, saying that Facebook disregarded international law called the Hague Convention, according to Reuters.

Facebook is a private company pressing the lawsuit across international borders. It said it had given NSO ample notice of the court proceedings ahead of time, but NSO said the social media company had not filed necessary documents with Israeli authorities.

Facebook said it tried to abide by the Hague Convention, but that Israel’s Central Authority was holding up the process by not issuing a formal document on the case.

“The court should decline the defendants’ request to further delay this case,” Facebook said.

NSO asked the court to sanction Facebook for $17,000 in legal fees. 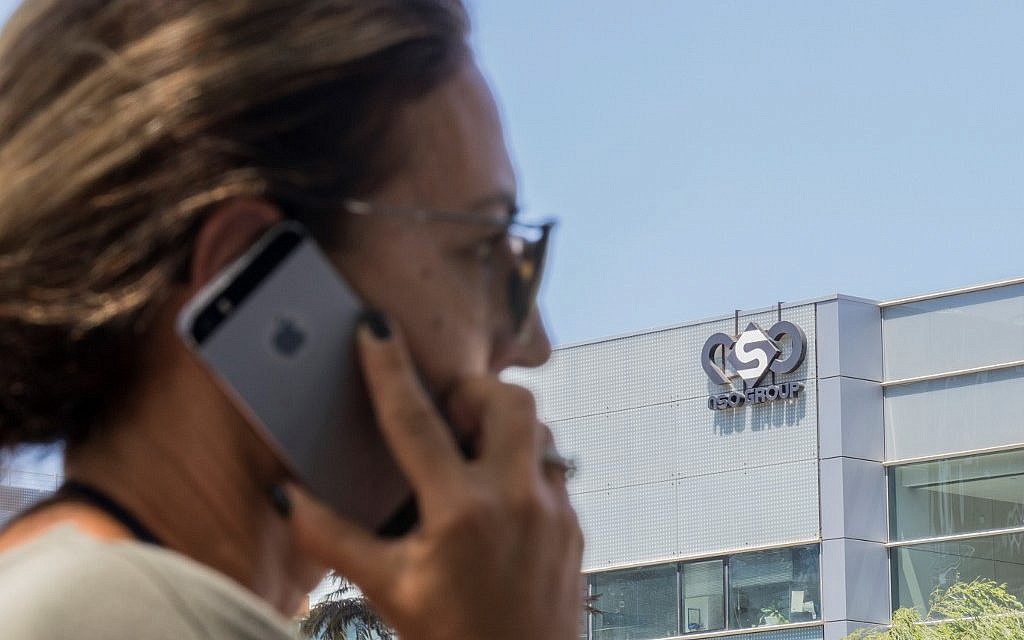 An Israeli woman uses her phone in front of a building in Herzliya that housed the NSO Group intelligence firm, August 28, 2016. (Jack Guez/AFP/File)

The company disputes the premise of the lawsuit, saying it provides its software to governments for the sole purpose of fighting terrorism and crime.

But dissidents, journalists and other opposition figures have repeatedly claimed the company’s technology has been used by repressive governments to spy on them.

The FBI is investigating NSO over suspicions its products were used to hack American citizens’ phones and spy on foreign governments, according to a January Reuters report.

Sources familiar with the investigation said the probe was attempting to look at whether NSO products were being used to gain access to phones belonging to Americans and whether any foreign nations were using tools to spy on US government officials or those of allies. The investigation, which may not be solely focused on NSO, has been ongoing since 2017, according to Reuters.

Last month, a Tel Aviv court ordered Facebook to unblock the private account of an NSO employee after workers filed a lawsuit saying the social media network had unfairly blocked their accounts when it sued NSO.

NSO workers said their Facebook and Instagram accounts, and those belonging to their families and former company employees, were blocked.