Posted in BSD, Free/Libre Software, GNU/Linux at 9:23 am by Guest Editorial Team 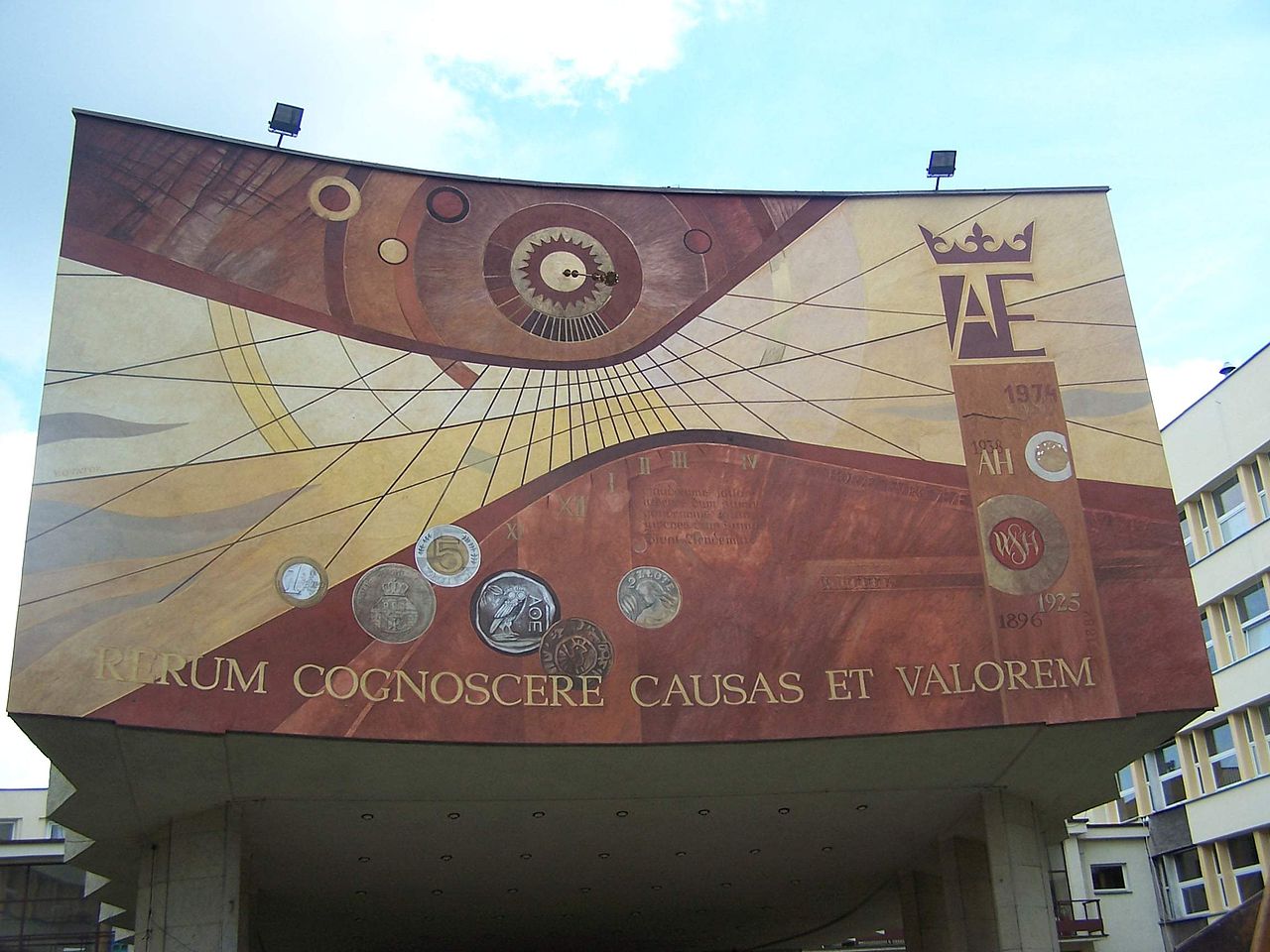 Summary: The kernel or distro that Richard M. Stallman likely envisioned for the GNU Project, plus Linux and BSD as assessed by figosdev (who uses both)

Apologies in advance to the Hyperbola devs; this is not an effort to promote them and if it were, I’m sure they would be embarrassed. My impression of them is they are sincerely too modest to think of themselves as the centre for what’s left of the Free Software movement. All they’re trying to do is build Hyperbola. I will advocate that they should do more, though not by themselves.

However, they are doing things (in their effort, not their attitude) like the centre of what’s left of the Free Software movement.

If I was eager to promote Hyperbola, the first thing I would do is find someone who could do a better job of it than I could. I only talk about this because of how crucial it is to the future of Free Software.

The FSF (the actual organisation, not the office) has become rickety, and caved in. RMS insists it’s safe to go back, but this is uncharacteristically optimistic of him. It has a new roof, which I don’t trust either — because the rest of the building is still falling apart. So I see the fixes as being of symptoms, not overall structural integrity. Also the new roof sucks, but at least I’ve heard people vouch for it.

“We know GNU is under attack, because it was already attacked last year.”If this were just a response to the news and upheaval of the past year, I would be sure I was overreacting. The thing is though, I predicted that collapse. I’ve watched this thing for years, very closely, and I warned this would happen. Maybe next time I make a prediction it won’t happen; I don’t have a time machine. We know the FSF has enough money, so if we are talking about the state of their survival, then we are talking about the mission, not the budget. I don’t even trust people who focus on the budget (so I think it’s a bit cynical that of all people, the treasurer was put in charge — when people are saying the F$F is all about money now, not freedom).

Their video campaigns look bigger than past efforts, but it’s to promote things like Jitsi that are controlled by Microsoft. You can still find essays that talk about how OpenWatcom is non-free, but the FSF is going to keep steering you towards clown-computing and GatesHub, no matter what.

That doesn’t look good for the future of GNU. We know GNU is under attack, because it was already attacked last year. They tried to make it look like it didn’t have a project leader. Given the number of high-profile software projects trying to “restructure” to shut out their leaders, it’s difficult to pretend there is no pattern — but the GNU project was attacked repeatedly, at the same time the FSF was. Those attacks have not stopped, they haven’t ended. GNU is under constant attack from people trying to dismantle it — people who move parts of the GNU Project to GatesHub are traitors, and people who move parts of GNU away from GatesHub are (probably) heroes.

People who believed in the FSF are leaving, even those who support rms. They will probably be happy, as I am, that rms has not quit. He continues to fight for your freedom. The FSF continues to pretend they do.

But the FSF does not recognise most of the threats that have undermined them for years, including the problems that unseated their president. People realise more and more that Mozilla and Linux have nothing to do with freedom, that telemetry and mass surveillance are anti-freedom, that the FSF doesn’t have the power to fix these things.

Hyperbola has even less power, but they make no excuses — they fight.

“Hyperbola has even less power, but they make no excuses — they fight.”And instead of saying “we don’t have the power” as their excuse, Hyperbola makes decisions that matter — so if they can’t fork the Linux kernel, they will do what the FSF did long ago — which is use a Free Software kernel that works and can be maintained. Hurd is led by a traitor, while Hyperbola grabs a kernel long-downstream from a kernel that was upstream of the one rms chose to base Hurd on. (OpenBSD isn’t based on Mach, though unlike Linux they have a common ancestor).

Hyperbola is doing it right. And if you want to save Free Software, if you want the movement to outlive its founder, bold (but GOOD) decisions will need to be made. Look to Hyperbola for inspiration. The future of GNU may not be under a single umbrella — though I’m not unaware of the good reasons that GNU was. Those reasons are important. But if GNU falls, what’s important is that we are not empty-handed in terms of hope for the future.

In 2017 (or early 2018) when we talked about the erosion at the FSF, their failure seemed more hypothetical, destined by principle, but even if the writing was on the wall it seemed a bit crazy to consider it — even with good reason to. It was so far-fetched.

GNU isn’t doing better in 2020 than the FSF was doing in 2017. In fact it’s doing worse. So I think it’s possible for GNU to collapse in the next 5 years — I usually give these things 5 years and they usually happen faster. But it’s more important to save GNU than the FSF.

GNU is the only thing holding the GPL up. Sure there’s a lot of other GPL software, but most of it is on GitHub. Without GNU, Copyleft will have no (sincere) champion, no flagship. It will have support, but that will fall apart as organisations like SFC exploit it — it will have more exploiters undermining it than supporters keeping it viable.

GNU is the last stand for Free Software (as Free Software) before it collapses. What collapse looks like is just a long, steady timeline of erosion without renewal.

On a software front, Hyperbola can shore up some defenses and set good examples for the next generation of Free Software. But if that doesn’t happen, GNU will go the way of the FSF and take Free Software with it. GNU IS going that way, slowly. The big question in all of this, is what people are going to rally behind. Nobody knows the answer to that — only what will happen if they don’t.

“On a software front, Hyperbola can shore up some defenses and set good examples for the next generation of Free Software.”We desperately need more projects taking examples from Hyperbola. I doubt they want to be a giant umbrella project, but even if you don’t do work “under” Hyperbola, you ought to be doing work LIKE Hyperbola. You will learn more about how to ensure the future of Free Software from watching them than you will from watching the GNU Project. Which isn’t to say you shouldn’t watch both — what’s happening in the GNU Project is really horrible.

Salvaging and preserving and bolstering the GNU Project is of greater importance than ANYTHING the FSF is doing. The F$F is DONE. Free Software is not, yet. RMS is not, yet. Hyperbola is not, yet.

But GNU is still the best example there was — it is vital for it to continue. GNU was built on top of UNIX and ultimately on top of the GPL, and Hyperbola will be as well.

GNU had humble beginnings, and Hyperbola does as well.

We should be measuring projects by their integrity, not their fame or fortune. On matters of integrity, Hyperbola is building a foundation as GNU loses one.

So whatever Hyperbola inspires us to do, we ought to have a plan in place for when GNU does collapse — so that most of it is alright either way. I think Hyperbola could do that on their own, but it’s just as well if someone as principled as Hyperbola does it.

I give a vote of no confidence to Trisquel and its leadership, who have spent years letting IBM and GitHub take over. The same goes for most FSF-approved distros. I don’t want to say “every distro except Hyperbola” as I do not follow every FSF-approved distro as much as I have followed Trisquel, but Trisquel is done, too. Trisquel has gone from being a flagship of Free Software (10 years ago) to a mockery of itself. As far as software freedom goes, it’s as stupid and backwards as the Ubuntu it’s based on.

“The uglier option is that Free Software dies. That does not preclude the option of putting it back together, but it’s more work and will set us back for decades instead of years.”Devuan is also done — the project has no integrity at all, and Dyne (an organisation that does seem to care about your freedom, led by FSF-approved-distro creator Denis Roio) should pull the plug on it and let Devuan fend for itself. Debian is even worse; Roy should find a better distro to use (but that’s just my opinion).

But I will hold out the possibility that SOME other currently FSF-approved distro besides Hyperbola is up to assisting this task, I simply don’t know which one it would be. We have to stop thinking of freedom in terms of the resources these groups/developers have, and think instead in terms of what they do with the resources they have. Quite often what they do is make compromise after compromise until something becomes a joke, and in hindsight you could have told them so — but you wanted to believe, because they had the means (though not the will).

We’ve all made that sort of mistake before, leading to misplaced trust — it simply has to be something we try much harder to stop doing. We can’t afford more compromises, we need to put Free Software back together while we still can.

The uglier option is that Free Software dies. That does not preclude the option of putting it back together, but it’s more work and will set us back for decades instead of years.

Stop putting faith in things that have no direction, led by people with no spine. We are so far set back (except in terms of available source — but in terms of almost everything else) that we need to start thinking like the beginnings of the GNU Project, not the present — if we want it to have a future.

Hyperbola is not merely a good example, it is a fully-free operating system with a future. That’s what we need, but we also need to save GNU — if we want the GPL to survive. Hyperbola is already helping with that.

“Hyperbola is not merely a good example, it is a fully-free operating system with a future.”Stop supporting projects that make constant excuses for compromising your freedom, and focus on the (very few) that do things right. You’ll have far fewer choices in the short run, but you’ll have more freedom (and with it, more choices) later, if you do this now.