Posted in Microsoft at 12:30 pm by Dr. Roy Schestowitz

If you’re going to lay off thousands of people, blame the virus* 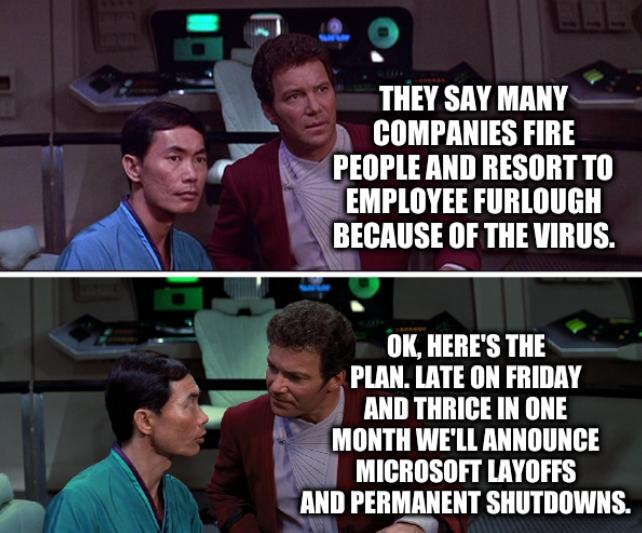 Summary: Microsoft business units that were defunct (long-failing, well before COVID-19) are being thrown out and Microsoft exploits a virus to rationalise these decisions while spicing up media coverage with “Hey Hi” (AI) and “virtual” experience or Facebook (to give the false impression that nothing really goes away)

____
* A Microsoft employee I spoke to today said they had closed the stores because of their failing status, totally irrespective of coronavirus.