‘Devoted’ stepfather, 27, is shot dead in ‘targeted attack’ by gang of four men as family say he ‘would do anything to protect his family and friends’

By Jemma Carr For Mailonline 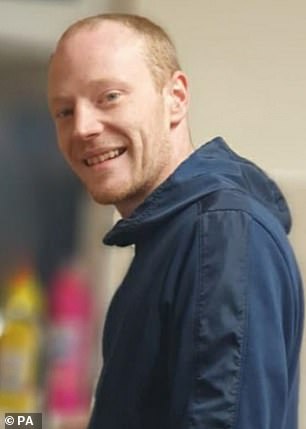 Stephen Maguire, 27, was shot dead in a suspected targeted attack

The family of a man shot dead in a suspected targeted attack told how he was a ‘loving son’ and ‘devoted stepdad’.

Stephen Maguire, 27, died from a gunshot wound to the abdomen following the shooting in Birkdale, Southport, on Monday.

Four men, with their faces covered and wearing dark clothing, are said to have been involved in the attack.

In a statement released by Merseyside Police on Friday, Mr Maguire’s family said: ‘Stephen was adored by his family and friends.

‘He was a loving son to his mother and father and an amazing brother to his two brothers and three sisters.

‘Stephen’s unconditional love for his dogs was well known and they were never from his side.

‘He would do anything to protect his family and friends, without a second thought for himself.

‘Stephen was a selfless person who wouldn’t hesitate to offer help to anyone, whether family, friends or complete strangers.’

His partner Megan added: ‘Stephen was the most caring and loving boyfriend.

‘Not only that, he was my best friend. 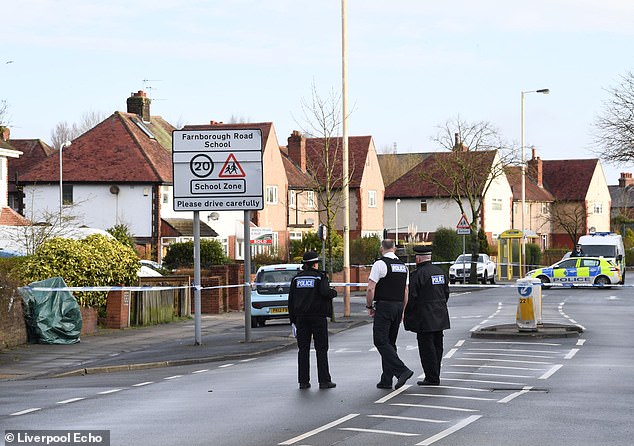 Merseyside Police said emergency services were called to a home in Guildford Road shortly after 11.35pm to reports of a shooting. Pictured: Police at the scene

‘He was a devoted stepdad to Keisha, who gave the best cuddles and will always be loved and remembered as an amazing man.

‘Goodnight baby I love you forever.’

Merseyside Police said emergency services were called to a home in Guildford Road shortly after 11.35pm to reports of a shooting.

Mr Maguire, from Birkdale, had been shot twice, in the leg and abdomen, with a handgun. 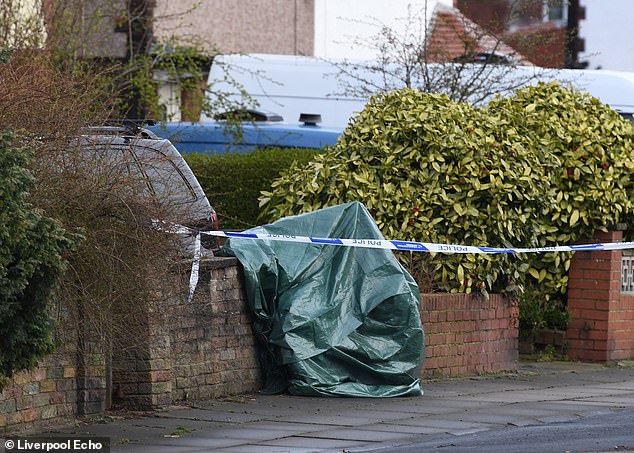 Mr Maguire, from Birkdale, had been shot twice, in the leg and abdomen, with a handgun. Pictured: The scene was cordoned off

A woman and a six-year-old child were reportedly upstairs at the time of the incident, police previously said.

It is understood the shooting may have happened downstairs or just outside the house.

The attackers left the scene in a dark-coloured Mercedes, in the direction of New Cut Lane, but at least one of them is believed to have left on a scrambler bike.

Ambulance crews treated Mr Maguire but he was pronounced dead in hospital.

Anyone with information on the incident is asked to contact Merseyside Police.