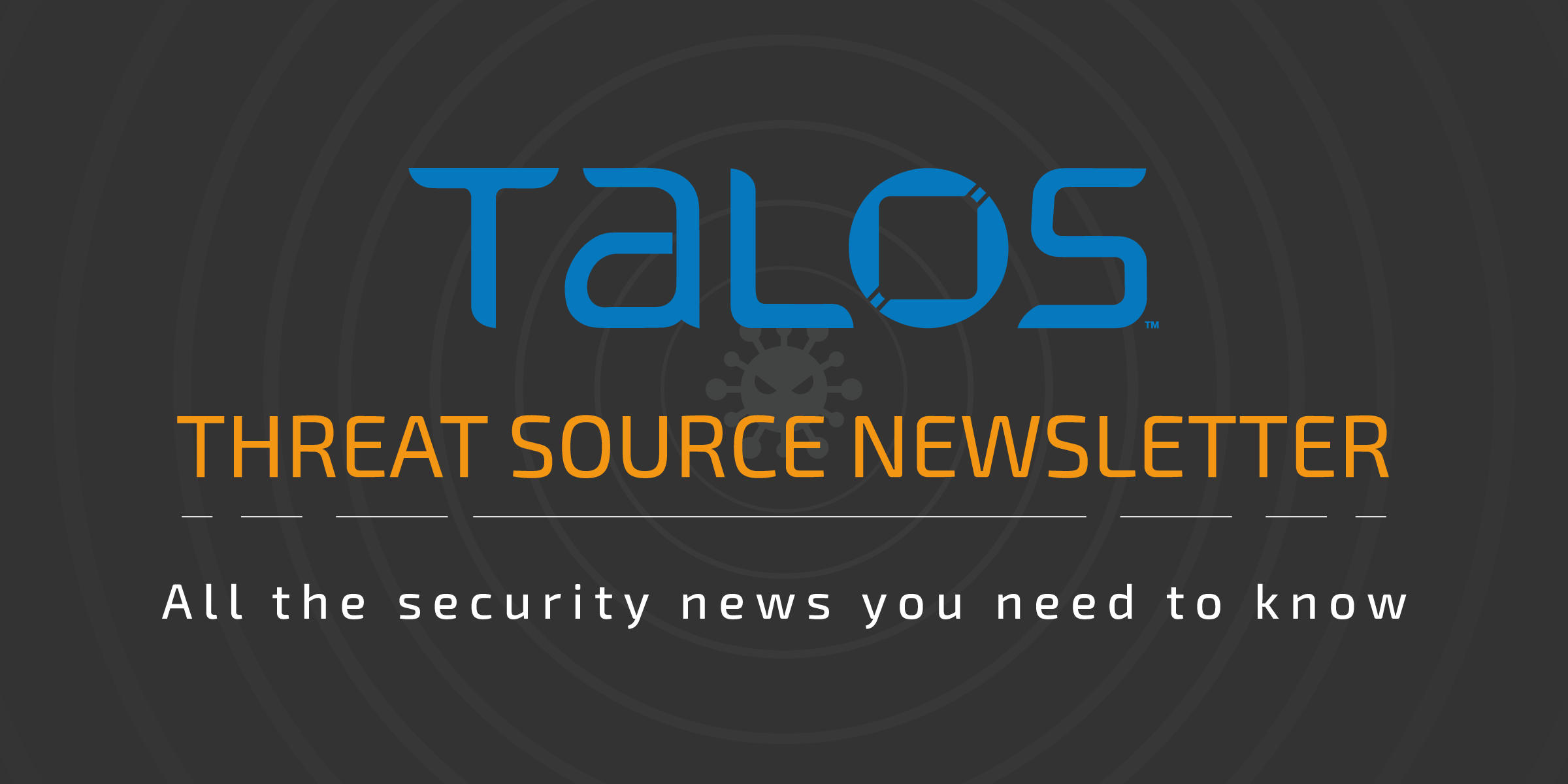 We hope you’re enjoying Cisco Live this week and only reading this after you’ve caught up on your sessions for the day.

No April Fool’s jokes here (thankfully) — we are just excited to tell you that applications are now open for the Snort scholarship. Find out how to apply here and complete rules here.
And speaking of things that aren’t funny, who likes to be tricked into downloading malware when they’re just trying to turn on some Thomas the Train mods in “Skyrim?” We are tracking a malware campaign that hides inside video game cheat engine and other “mods.” Our blog post has a complete reverse-engineering of the cryptor used in this case that’s going to be useful for all defenders.

Overview: Join us for the annual Cisco Live conference, this year taking place across the globe at the same time virtually for the first time. Cisco Live is your destination for year-round technical education and training. There will be many on-demand sessions to choose from throughout the conference. Nick Biasini of Talos Outreach will provide a broad overview of the past year’s threats and trends we’ve been seeing, with a specific focus on dual-use tools and supply chain attacks. Additional sessions will be announced in the coming weeks.

Overview: In this free webinar, Vitor Ventura of Talos Outreach will discuss the most recent Android malware he’s seen in the wild. Vitor will reverse-engineer some of these malware samples and discuss what users can do to stay safe. We’ll cover everything from deobfuscating strings, to appropriate patching practices and searching for command and control beacons.

Description: OpenSSL disclosed and patched a denial-of-service vulnerability last week that could allow adversaries to completely crash servers. An attacker could cause a null pointer dereference, and then send a specially crafted, malicious request to crash the targeted server. OpenSSL is one of the most popular software libraries on the internet. It is a toolkit for TLS or SSL and serves as a general cryptographic library. The maintainers behind the toolkit also fixed a separate vulnerability that could prevent apps from detecting and rejecting unsigned TLS certificates.

Description: Cisco fixed multiple vulnerabilities in the Jabber messaging software that affects versions for mobile devices, MacOS and Windows. An attacker could exploit any of these bugs to execute arbitrary programs on the underlying operating system with elevated privileges. They could also potentially access sensitive information, intercept protected network traffic or cause a denial of service. Adversaries only need to exploit one of the vulnerabilities disclosed this week to carry out these malicious actions. They also must be able to authenticate to an Extensible Messaging and Presence Protocol (XMPP) server that the affected software uses and be able to send XMPP messages to a targeted system.

Most prevalent malware files this week

Keep up with all things Talos by following us on Twitter. Snort, ClamAV and Immunet also have their own accounts you can follow to keep up with their latest updates. You can also subscribe to the Beers with Talos podcast here and Talos Takes here (as well as on your favorite podcast app). And, if you’re not already, you can also subscribe to the weekly Threat Source newsletter here.

Exchange Exploitation: Not Dead Yet

Uncle Sam wants ‘ethical hackers’ to crack its planetary defenses, but don’t expect a pay-day from this bug bounty • The Register